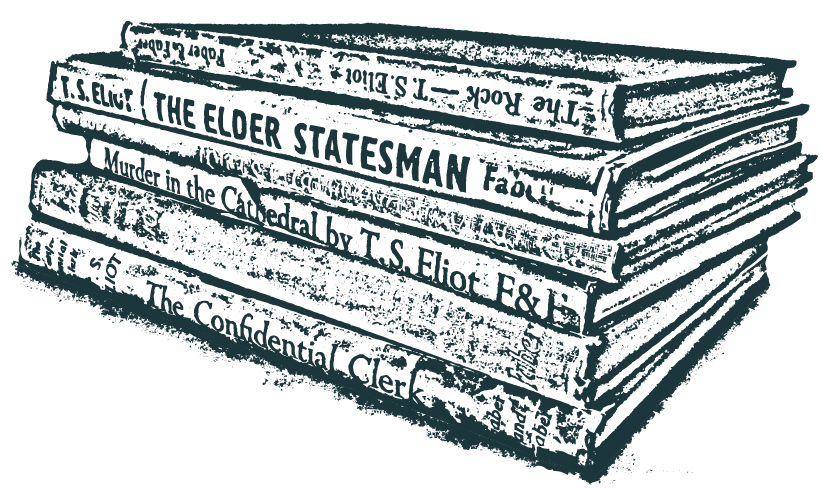 The context of T. S. Eliot’s dramatic output is characterized by different patterns of development connected with the cultural, ideological and socio-political spheres from the thirties to the fifties of the 20th century in general, and with the specific conditions of theatrical modes and performances in the same historical period in Britain, both parameters being necessarily and intrinsically interrelated. Innovative dramatic manifestations in the British Isles in the early decades of the twentieth century were mainly indebted to the influence of George Bernard Shaw and his experiments in ‘thesis drama,’ channeled into various forms like ‘metaphysical’ and socio-political comedy, most of the corresponding plays being inspired by Henrik Ibsen, Shaw’s unequivocal dramatic model. On the other hand, W. B. Yeats’ symbolist theatre stands for another important paradigm for the renovation of the British and the Irish stage in the same period, in which both Shaw and Yeats opposed the still pervasive presence of nineteenth-century melodrama. Shavian influences are perceived in a significant number of followers, as is the case of Harley Granville-Barker (1877-1946), who, on the whole, shared Shaw’s political ideas and promoted his plays as a director, although he also showed ideological discrepancies with the Irish master, the same as John Galsworthy (1867-1933), who went further in his conceptualization of theatre as a political weapon in naturalistic terms.

Ibsen’s naturalism, “the dominant discourse in English theatre in the first half of the twentieth century” (Shepherd and Womack 250), would later be contested in a more direct way by most of Eliot’s contemporary fellow-playwrights. Some of them opted for cultivating social and political themes overtly. Terence Rattigan (1911-1977), a precursor of ‘gay drama,’ provides a case in point with famous ‘traditional’ plays like The Winslow Boy (1946) and Separate Tables (1954), whilst other playwrights chose comedy in order to mildly represent – rather than denounce – social vices; Somerset Maugham (1874-1965), well known as a novelist, became notorious in his time as the author of thirty-two popular comedies. The earlier ones tried to continue the path of Oscar Wilde, but devoid of social criticism, and endorsed a conventional moral, for Maugham’s main purpose, as he himself admitted, was mainly to entertain the audience. Noel Coward (1899-1973), another admirer of Oscar Wilde, went even further when he defended that in his social comedies there was, and there should be, no moral purpose at all.

Even so, the most radical reaction against naturalism in Eliot’s time comes precisely from poetic drama, the subgenre in which he excelled, with J. M. Barrie as a forerunner and J. B. Priestley, W. H. Auden and Christopher Isherwood as representative fellow playwrights, however different in their use of style and thematic scope. Christopher Innes asserts that “poetic drama need not be written in verse dialogue, which is only one of many non-naturalistic forms. The poetic vision can be expressed through mythic images and dream states, subjective explorations or existential universalization, symbolism and ritual” (438). According to Cocteau, poetry of the theatre replaced poetry in the theatre; Innes claims that “Each [form] rejects Naturalism. The naturalistic reflection of daily life is seen as limiting theatre (in T. S. Eliot’s phrase) to ‘transitory and superficial’ subjects […] ‘the permanent and universal’ is the province of poetry, epitomized in the expressionist ‘call for a spiritual stage’” (437). As Priestley (1894-1984) stated, “Actually I have always fretted and conspired against downright naturalism. I have spent a good many of my working hours devising means to conjure audiences away from the prevailing tradition” (qtd. in Shepherd and Womack 250). He fulfilled his purpose through his celebrated ‘Time Plays,’ like Dangerous Corner (1932), Time and the Conways (1937) and An Inspector Calls (1946).

For their part, the renowned writers W. H Auden (1907-1973) and Christopher Isherwood (1904-1989) drew on expressionistic archetypes within the referential framework of poetic drama in their collaborative plays The Dog Beneath the Skin (1936) and The Ascent of F6 (1937), among others. The influence of Bertolt Brecht and German Expressionism was already relevant in Britain by the 1930s, and both writers, together with companies like the Workers’ Theatre Movement, adopted their dramatic viewpoint. Eliot’s The Rock (1934) was highly indebted to Auden and Isherwood’s experiments with poetic drama, whose “combination of revolutionary politics with religious fervour became the keynote for non-naturalistic drama of the period” (Innes 456), striving to create a dramatic ‘poetry of action’ which also showed spiritual connotations. Other companies like the Group Theatre collaborated with Auden and Isherwood, the same as the Poets’ Theatre, which performed the pre-Canterbury production of Eliot’s Murder in the Cathedral in 1935. As David Chinitz affirms, the first productions of that play and The Rock were made possible by the involvement of amateur groups associated with the Church (136).

Yeats greatly admired the Group Theatre, which put on the stage two dance plays by him and produced Eliot’s Sweeney Agonistes in 1934, together with plays by Stephen Spender and Louis McNiece. Spender’s only play for the stage, Trial of a Judge (1938), was “one of the Group Theatre’s most overtly political productions, dealing explicitly with the struggle between communists and fascists and the perversion of justice in Nazi Germany”; the group’s forced disappearance in 1939 constitutes the swan’s song of symbolic Expressionism on the British stage (Innes 460). From the 1950s on, beside Eliot’s plays of that decade, poetic drama became one of the favourite forms for the radio, as Dylan Thomas’ Under Milk Wood (1953) brilliantly demonstrates. On the whole, as Innes emphasizes, “the mainstream of poetic drama is represented by Eliot’s attempt to create a religious theatre. This is typical in its merging of spiritual levels of experience with a specific social background” (461). At the same time, Chinitz indicates that “Drama, for Eliot, was a popular art, and an elite theater was symptomatic of a destructive cleavage between high art and popular culture – one that a popular poetic drama might go some way toward healing” (146).

Concerning Eliot’s deployment of dramatic genres, as Helen Gardner sagaciously analyzes, there are important distinctions between his plays: Sweeney Agonistes, Murder in the Cathedral and The Family Reunion belong to the “experimental theatre of the Thirties,” characterized by the use of “such devices as the chorus, the direct appeal to the audience, soliloquy, lyrical solos and duets, and ritual and symbolic acts”; from The Cocktail Party onwards, Eliot “wrote within the limits of what has contemptuously been called the ‘West End Play,’ or what Mr Terence Rattigan called ‘Plays for Aunt Edna’” (42). Eliot was aware that the experimental theatre of the 1930s had failed to attract frequent theatregoers. He considered it essential for theatre to appeal to a cross-section of society: “Eliot was always deeply interested in the drama as the most socially relevant of the arts” (Gardner 44).

Eliot hoped that his project of devising a modern verse drama would find followers in younger generations of playwrights, but British theatre was to evolve in very different directions. The late fifties marked the immediate end of poetic experiments in drama in favour of others, like the “kitchen sink drama,” under the aegis of the “angry young men”. But this is another story...