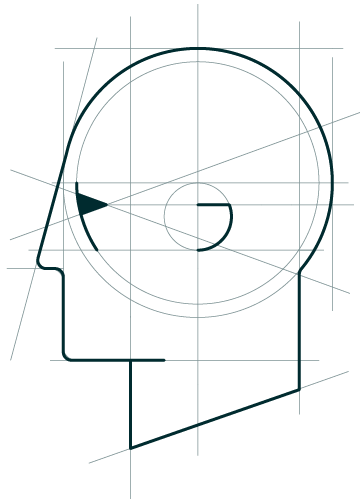 The Confidential Clerk (1953) was T. S. Eliot’s second comedy and the third of his plays set in contemporary England. The social setting, however, is limited to the upper class – as in the other modern plays – and, specifically, to the circle of a City financier, Sir Claude. Characters of the younger generation, because of their humble origin or difficult upbringing (Lucasta is Sir Claude’s illegitimate daughter and her fiancé, Kaghan, was an orphan), feel out of place in this world, yet long to fit in. Their pretence and aspirations, together with the snobbery of Lady Elizabeth (Sir Claude’s wife) are compatible with comedy of manners conventions.

The domestic atmosphere in which the comedy develops may have demanded a more conversational cadence. With The Confidential Clerk, Eliot goes a step further than before in making his accentual verse as naturalistic as possible – so much so, that it was found lacking in poetic force. It flows almost as if it were prose, without the gravity of the choruses in The Family Reunion (1939), the depth of transcendent meditation in The Cocktail Party (1949) or the intense lyricism of love poetry in The Elder Statesman (1958).

Apart from Lucasta, whom Sir Claude has recognised as his daughter but whose brashness continues to embarrass him, he has another illegitimate and previously neglected son, Colby. Sir Claude plans to employ Colby as his “confidential clerk,” hoping that he will efficiently replace the long-serving and exemplary Eggerson and, more importantly, that Lady Elizabeth (Sir Claude’s whimsical wife) will grow fond of the young man and accept him as her adoptive son. Eliot’s plot is reminiscent of Euripides’ Ion, where the Athenian princess Creusa is reunited with her lost son Ion at Delphi and her husband Xuthus willingly adopts him, prompted by the Delphic oracle. Readers may also be reminded of Victorian plays where resolution depends on the discovery of a foundling’s true identity – famously in Wilde’s The Importance of Being Earnest (1895).

The initial dramatic situation in The Confidential Clerk is complicated by the increasing doubts concerning Colby’s biological parents and his reluctance to accept Sir Claude’s plans for him. Eliot’s hero is uncomfortable with his new situation as Sir Claude’s son and employee: there is no basis for him to build a meaningful relationship with his father and, although he could become a capable clerk, music is his true vocation. Music fills Colby’s inner world, but this “secret garden” is at odds with the outer world of “make-believe” (the images of the enclosed garden and of transfixing music are evocative of Four Quartets). Colby’s transcendent quest aims at imposing unity on this painful dissociation, which produces an unbearable sense of unreality.

We may compare the conflict at the heart of The Confidential Clerk with the experience of characters in other plays by Eliot: Harry, for example, who follows the “bright angels” at the end of The Family Reunion, but especially Celia in The Cocktail Party, whose unease with the ways of the world will lead her to a life of renunciation and sacrifice. If, along their spiritual journeys, Harry and Celia are aided by Agatha and the Guardians respectively, Colby counts on the support of Lucasta (who, despite her apparent superficiality, has the insight to realise that her half-brother does not need human attachments), Eggerson (who makes arrangements for his successor to become the organist of his parish church and hints at the possibility that he may be ordained) and Mrs. Guzzard (the “aunt” who raised Colby and who removes obstacles for him by dispelling the confusion about his identity). The latter’s crucial intervention will illuminate Colby as well as the other characters: Sir Claude, Lady Elizabeth, Lucasta and Kaghan will have to redefine their relations and attempt to understand one another without prejudice or selfishness – this is, indeed, one of the play’s themes.

Despite its merits and interest, The Confidential Clerk had only limited success. Apart from the productions at the Edinburgh Festival, the West End and Broadway in the 1950s, it has seldom been produced. Although Eliot still believed in the possibilities of verse for dramatizing spiritual discontent in the contemporary world, drama was developing in very different directions: Beckett’s Waiting for Godot had also premiered in 1953, and Osborne’s Look Back in Anger would do so in 1956.